This recital is a triumph in multiple ways. Mok is a supremely musical player” 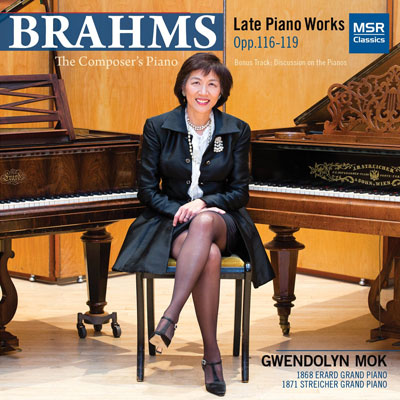 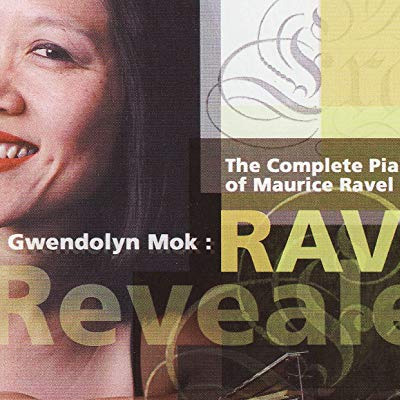 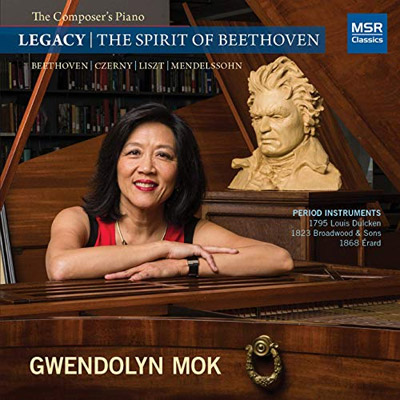 The Spirit of Beethoven 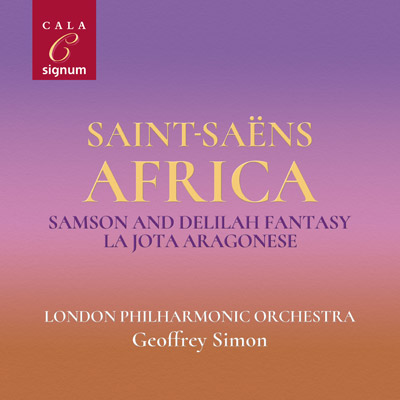 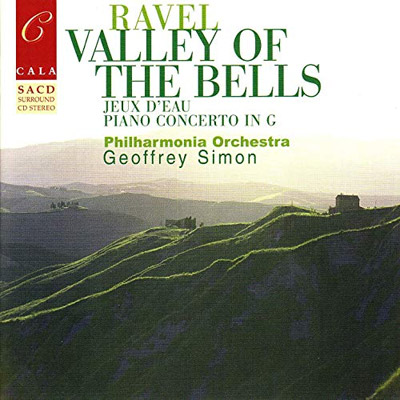 Valley of the Bells 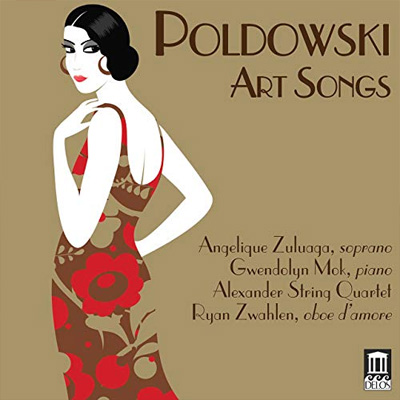 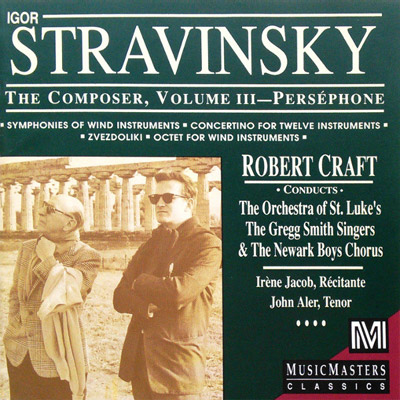 “[In 2002] MSR released a marvelous Ravel cycle with Mok, recorded on an 1875 Erard grand piano. Twelve years later, the pianist gives us Brahms’ late pieces played on two well-preserved and markedly different period pianos... As Mok points out in an illuminating conversation and demonstration at the end of Disc 2 about Brahms and his pianos, the 1868 Erard used in the Op. 116 and Op. 118 pieces benefits from the instrument’s cross-strung soundboard and double escapement (the mechanism that allows the hammer to strike the string and only slightly fall back, enabling one to play repeated notes with ease). By contrast, the 1871 Streicher grand’s mellower sonority and slightly musty-sounding bass lends itself to the more consistently lyrical and sustained Op. 117 and Op. 119 selections. I suspect that the nature of these very instruments inspires Mok as much as the music itself... It’s interesting how the best period performances use old instruments to make familiar works sound fresh, and Gwendolyn Mok’s thoughtful, heartfelt late Brahms interpretations do that beautifully.” — [ 9 / 9 ] Jed Distler, Classics Today [July 2014]

“What makes this two-CD set unique is a 16-minute conversation on disc two between Gwendolyn Mok and David Bowles, the recording’s audio engineer and producer, discussing the characteristics of the two instruments, how their sound qualities reflect the coloristic and emotional aspects of Brahms’s late piano pieces, and how artist and producer decided on which instrument was best suited to each of the numbered sets. This is then followed, for comparison purposes, by Mok performing the Intermezzo, op. 116/2, first on a modern piano and then on the Érard, and the Intermezzo, op. 119/3 on modern piano and then on the Streicher. Finally, there is a brief wrap-up exchange between Mok and Bowles, discussing the challenges of recording the different instruments from an audio engineer’s perspective… [Mok’s release makes] excellent instructional companions for those who wish to learn something about how the mechanical and sonic properties of instruments contribute to the ways in which composers write for them… I think these [historic] instruments are eminently well-suited to the somber, melancholic, introspective, intimate character of these late pieces, as well as to their occasionally resolute or defiant moments. Mok, poetically and quite aptly, I think, refers these miniatures by Brahms as “lullabies of his sorrow.” … Mok seems to be in close touch with these late Brahms pieces, and uses her period pianos to excellent effect to expose lighter and darker layers of the music which are often indistinguishable on modern pianos due to their homogenizing tendency…. A most worthy effort and an excellent recording warrants a strong recommendation.” — Jerry Dubins, Fanfare [January/February 2014]

“In 2001 Mok recorded Ravel’s complete works on an Erard concert grand from 1875, offering listeners the opportunity to hear the composer’s music as he heard it. With nuanced interpretations of late Brahms on types of period pianos the composer used and owned, she offers listeners the same… Mok’s playing conveys the personal and intimate tone of Brahms’s late piano works. She achieves a transparent sound with finesse… The sound is excellent. This enjoyable resource is much recommended, illuminating both Brahms’s late works and the beauty of these period instruments." — Kang, American Record Guide [November/December 2013]

“these readings are anything but matter-of-fact, technically secure… This album [sonics are] exceptionally warm… Mok has an innate ability to parse the composer’s sometimes nagging attempts at piano orchestration, and to de-emphasize some of the clutter, especially in the bass lines, which sound exemplary on this recording… this is a fine album that’s combines history with living performance… Brahms fanatics will want it and others will find a lot of pleasure and illumination.” — [ * * * * ] Steven Ritter, Audiophile Audition [August 2013]

“[Mok is an] outstanding Ravel interpreter… Helping her in the effort are two period instruments in the SJSU collection that Brahms himself would have found very congenial for their sound: an 1860 Érard from France and an 1871 Streicher from Vienna. Both [pianos] are noted for their beauty of tone and the fact that no fuzziness in definition exists when playing octaves due to the fact that the strings of both are parallel-strung rather than cross-strung, as is the case in a modern piano. As a broad generalization, the Érard lends itself to coaxing a warm, melodic tone of almost symphonic breadth that can support the melody optimally, and the Streicher to a golden, burnished sound in all available timbres and textures which permits the artist a more intimate relation with the music… Prepare to be enchanted!”. — Phil Music, Audio Society of Atlanta [July 2013]

A letter from a fan to XM Satellite Radio:

I have been a seasoned FM classical music listener since childhood in the late 1950's, but in recent years have been outside the broadcast range of the nearest station in San Francisco. I recently subscribed to XM and now listen nearly exclusively to your channel 110 (also, public radio each evening). I know how difficult it is to satisfy an audience of listeners with generally eclectic tastes. Your programming range of works and performers is excellent.

I would like to bring some very special recordings to your attention. I have a particular passion for the Ravel solo piano works, and over the years have "worn out" LPs of performances by Walter Gieseking and my personal benchmark for these works, Robert Casadesus (a student of Ravel). I also own CDs of the complete Ravel piano works by other artists including Perlmuter, another student of Ravel. A couple of years ago, my understanding and appreciation of Ravel piano music was transformed by a remarkable artist, Ms. Gwendolyn Mok. I first heard Ms. Mok at the Mendocino Music Festival where she performed Jeux d'eau and other pieces on a Steinway in a modest size recital hall. Ms. Mok's technical capability is on the highest level, necessary to faithfully render these works. As you may be aware, Ravel was extremely detailed and explicit in his scores for performance dynamics, phrasing, etc. and Ms. Mok is quite sensitive to these directives. I also noted that she was in total command and respect of the dynamics of the Steinway, and very careful not to "overplay" the instrument or hall. I've heard several talented pianists play this same instrument in this hall, and many have succumbed to the temptation to blow away the audience.

The real revelation came in the following weeks when I was able to play Ms. Mok's CD recordings of the complete Ravel works. I don't know the details of her academic training, but it is clear that she has devoted considerable effort not only to the study of Ravel's music, but also to researching period instruments of Ravel's era, in particular the type of Erard piano that Ravel played. These instruments are characterized by their responsive action, considerable dynamic range, generally more rapid decay of individual notes, and a complex multiple-register variation in tonality, all of which calls on the performer to be sensitive to these qualities. Each sequence of notes is crisp and distinct no matter how rapid they are played, yet the fluidity of texture (in any given passage calling for such) need not be compromised. She recorded the Ravel on one such Erard piano, an impecably restored instrument, which in combination with her interpretive skills and technical excellence, provides us with a window into the beauty of Ravel creativity that is unique in today's music world. In addition, you probably know how difficult it is to record piano; the technical recording quality of this CD is the very best I have ever heard.

Please consider playing the Mok performances from time to time. I think you and your listeners will agree that they represent a quantum leap in our understanding and appreciation of Ravel's work. I should also emphasize that I am only a fan of Ms. Mok and have no commercial interest in or ties to her career.” — David Menasian

The Spirit of Beethoven

“[Gwendolyn Mok's] live performances and recordings of [Ravel's] music have drawn considerable praise from across the globe. With this disc she ventures into quite different territory: she selects one of Beethoven's more challenging early sonatas, and a mixture of interesting works, all with some connection to Beethoven... The Beethoven Second Sonata is a challenging piece to be sure and what a performance Mok delivers: she plays the first movement with brisk tempos and a deft sense for Beethoven's earthy humor, and while other pianists, like Brendel, Barenboim, Ashkenazy, and James Brawn play with a somewhat more suave and less aggressive manner, Mok makes her more vigorous way work splendidly, as she consistently captures the wit and energy, the effervescence and sparkle with all manner of nuance and gradations of dynamics... I must declare this is a performance to rank with the best I've heard in recent years... Mok seems a natural and very persuasive Beethoven player. [In Mendelssohn's 1841 Variations Serieuses] Mok plays brilliantly, capturing the agitated drive and sense of restlessness with crisp articulation and astonishing digital nimbleness. [Liszt's] transcriptions are convincingly played by Mok. [The Fantasie and Nocturne] are, again, very well played by the pianist. The sound reproduction is excellent in all works. Gwendolyn Mok is a young artist with exceptional talent, and if the mixed repertory here appeals to you, this disc will certainly deliver rewards.” —Robert Cummings, Classical Net [September 2016]

“This is a terrific disc on all counts. Gwendolyn Mok not only reveals many fine aspects of the instruments she has chosen to play but, more importantly brings strong and fresh interpretations. The detailed recording is well-nigh perfect, bringing the different tone and texture of each instrument.” —Bruce Reader, The Classical Reviewer [June 2016]

[ + + + + ] “It is a particularly salutary experience to hear composers’ music on the instruments for which they wrote it... when a performer is as good as pianist Gwendolyn Mok on a new MSR Classics release, there is pleasure both from the readings themselves and from the context in which they are presented. Mok’s disc is called “The Spirit of Beethoven,” and for once, this is an “overview” title that actually fits the music and does not feel forced... Mok’s [Beethoven] shows quite clearly how deeply rooted Beethoven was in the Classical era... this music sounds all the better [on the fortepiano] in a strange time-traveling way, when performed on the sort of instrument for which Beethoven wrote it. This is equally true for Liszt’s transcription of the song cycle, An die ferne Geliebte, played here on an 1823 Broadwood & Sons instrument.” —Mark J. Estren, InfoDad [June 2016]

“Gwendolyn Mok makes use of three beautiful sounding period pianos... The period pianos and Gwendolyn Mok's subtle reading of them give us a Beethoven and an early romantic way that remains connected to its classical roots, shows a beautifully singing style... All the works meld together as an impressive, privileged ear-side view of what indeed the early period of Beethoven's legacy sounded like... There is a blend of registers but a distinct heterodox multi-voiced timbral quality, too. You hear a different kind of balance as you listen to Ms. Mok and the piano responses. It is like hearing the music anew. It is a joy of an album, a triumph for Gwendolyn Mok and the repertoire as well. Beethoven no doubt would have loved this disk! Highly recommended.” —Grego Applegate Edwards, Gapplegate Music Review [June 2016]

“The program is...played with passionate intensity by Gwendolyn Mok. As always with recordings like this, the timbral contrasts between the instruments used will be of particular interest to students and instructors in keyboard programs.” —Rick Anderson, CD HotList [June 2016]

“This recital is a triumph in multiple ways. Mok is a supremely musical player, the recording is excellent and notes by Patricia Stroh, curator of the F. Brilliant Center, as wonderfully knowledgeable. Recommended.” —Colin Clarke, Fanfare [May/June 2016]”

Valley of the Bells